Some Hidden Details About Adding Manure with Strip-Till

Fall application of injecting manure via a strip till operation

I wrote in an article earlier this month [December 2019] about microbial functions of soils by keeping living roots active as long as possible and what that implies to soil health.  Good stuff.  As of late I delved into more reading of scientific journal articles dealing with additions of animal manure and how that affects microbial life, both microbes/bacteria and fungi.  Let me then bring that to you in terms and words that are I pray are understandable.  My wise now long passed grandfather who had an eighth grade education would tell me, “use of them there eighty dollar words Mike misses the mark.”  Yes sir they can.  So I will do my best to keep those $80 words to the minimum.

In the article I read, in NATURE by some scientists in the Netherlands and one from Brazil; Leite et al, “Organic nitrogen rearranges both structure and activity of the soilborne microbial seedbank” [2017] – they offered that adding manure and adding residues changes in microbial life, population and activity, as well as fungi, microbial predators (amoeba) as well  as the resilience of individual species of bacteria which can result in increases or decreases in availability of soil nutrients for plant use.  Some may say well that is obvious, or the proverbial Duh!  Let me go some further.

Soil biological functions begin when the emerging plant is first out of the ground.

The scientists involved in this study determined biologic communities via 16S and 18S rRNA gene sequencing analyses which is quite complex but establishes who is who according to their genetic code and who is who living in the soil.  They were looking at this at windows in time 32, 69 and 132 days after incorporation of the residues or manure or commercial nitrogen sources.  It was important in their research what the carbon to nitrogen ratio (C:N) of the organic material they added.  That C/N ratio can lead to N mineralization, when that value is 25/1 or less.  Above 25/1 organic N becomes immobilized or tends to become tied up.  It was the intent of these scientists to offer when perturbation [physical disturbance] of the soils occurs to  incorporate either the manure or the residues then microbial resilience and resistance to change could be evaluated.

As they added manure the activity of microbes clustered themselves separately compared to the higher C/N ratio wheat straw (84:1), or addition of lucerne (alfalfa), or corn residues (50:1) which favored the fungal growth.  The changes in the microbial community (those who are living and thriving multiplied in number) they observed by counting bacteria on plates, they included Proteobacteria and Actinobacteria.   It is known that Actinobacteria have a high metabolism when organic manure additions occur.  There are easily known 20 to 21 families of Actinobacteria with one of the most well known – Streptomyces.  Actinobacteria make up a significant portion of the bacteria who activate and work on both manures and organic residues and that Nitrospira being nitrite-oxidizing bacteria, they work in harmony with Actinobacteria together on high C/N ratio organic additions – straw and corn residues.

In another paper I read, in Frontiers in Microbiology, Sept. 2017, Das et al., these scientists incorporate composted cattle manure and composted swine manure to observe the overall activities of microbes as they grew rice and what happened to the population and dominant species of bacteria.  Moreover enzyme activity jumped to aid in the breakdown of the organic C and organic N with the addition of the composted cattle manure.  The addition of cattle manure enriched the species several fold with bacteria from the cow’s gut and stimulating those bacteria in low population already in the soil, such as Azospirillum, several Clostridium species, Magnetospirillum, Pseudomonas and Bacillus.  All of these bacterial species play key roles in complex carbon compounds and growth promotion of the plants that are planted after manure application.

The authors of the paper in NATURE made it clear that in short term (32 to 132 days) after addition of organic amendments the quality  of the organics in regards to quality (higher C/N ratio) affected the fungal community more than the bacterial.  That positive effect is due to the fungal hyphae being able to translocate nutrients such as N, P, S and Zn from the soil back to its host – the plant root.  Bacteria that live on the roots and on the Soil Organic Carbon materials (SOC) do the heavy lifting so to speak when it comes to manures added and they noted in the short term, may reduce plant nitrogen uptake.  Now when we introduce strip tillage to mix a portion of the manure, aid in warming the soil in the till zone, relieving soil density — we provide an environment to accelerate both bacterial and fungal life.  Consider fungal hyphae trying to grow in compacted soils where density reaches 250 to 500 lbs/square inch, just is not going to happen well at all.

Offer of a bit of summation; scientists assure us that adding organic residues with high carbon to nitrogen ratios (>40/1) mycorrhizae play a significant role in helping in the breakdown of the material to become soil organic carbon thusly release locked up N, P, K, S, Zn and other nutrients to the plant and bacteria.  Bacteria gain when manures are applied whether in liquid or more solid forms because of the lower C/N ratios in manure and manure adds to the species richness of the upper 4 to 12 inches of the soil profile.  The type of tillage with Strip-Till aids in warming soils in the immediate rootzone, activating more bacteria to utilize the organics but not burying, smothering and crushing the bacteria with more invasive tillage of the plow, disk, chisel and disk-chisel systems.  The incorporation is maybe a bit slower than a plow but the organics continue to release carbon sources for the biological activity to sustain life and nutrients to the planted crops.  As we at Orthman Manufacturing stress, placement of nutrients in the right place for the growing crop to have direct access is one of the keys to a Strip-Till System succeeding and you the grower improving yields and soil health and quality.

For Soil Health reasons, for aiding the soils to be rich and diverse with bacterial species to provide nutrition and root uptake – adding manure when possible is a good approach to soil management.  The old timers knew this, now soil scientists are quantifying the value and intelligence of what manure can mean to Better Soil Management practices today. 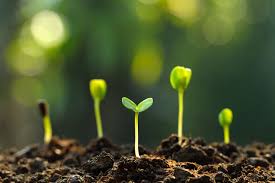