For the number of decades (4 and some months) I have worked and dug in fields across the globe, I have observed growers apply commercial or natural fertilizers too early or for convenience-sake for the grower but not the target crop they are growing.  There was old ideas that put it in the soil and it will be there for the plant later on.  Too often we see the application of products laid out on the surface during the winter months and losses are substantial.  Other losses come from leaching the mobile products like nitrogen (N) and sulfur (S).  Losses from volatilization out into the atmosphere can and does occur.   The real need for those mobile nutrients may be 75 to 100+ days later.  In parts of the United States for instance, that far in advance there can be 50 to 75% loss – out the field from rain runoff, snowmelt and into a stream or river.  When applied either by deep tillage, banding or Strip-till too early N and S can leach out of the upper reach of the sol profile and move deeper than what the early root system can intercept, losses do occur.  If we just count the cost in nutrients as well as the dislodged soil particles and organic matter – oh my the dollars are flying away.  Some of those numbers can go over $100/acre.  Enough of the gloom and doom words.

All of the images below are tools for growers to aid them in adding micro’s and Nitrogen near the seed for better use and setting of the stage for early vigorous growth and plant health.

May I start with the crop we grow extremely well in North America – maize or corn.  Corn has what I have studied seven critical physiological periods in its life span that are nutrient demanding.  With today’s blog I will cover up to the 45th day after emergence and in a subsequent blog finish the corn seasons demands/critical periods for nutrient usage/uptake.  Some folks say that the corn plant is like a hungry teenager, from 13 to 20 years of age for a boy as an example.  My gosh there are not many of his waking moments he is not wanting sustenance.  The bottomless pit Mom may say.  I know when I was a teenager my metabolism ran full steam all of my waking moments even there were some midnight ‘fridge’ raids.  And I am still not a man of weight on my frame.  My studies of soybeans depict four critical times the plant has high nutritional demands as does dry edible beans.  Sorghum for grain or forage – five times.  Cotton which is a perennial plant that we attempt to fool into being an annual crop is a little harder to say but I see – five times.  My experience with peanuts (groundnuts) is so limited I cannot say.  Other crops that are grown in rows; safflower, sunflowers, canola, lentils, potatoes, yams and sweet potatoes, sugar beets, sugarcane and even hemp; all these crops do have specific critical periods of requiring nutrients.  Not all nutrients are being demanded equally across their life span.  Let us look specifically at corn; within the first minutes to hours after the seed imbibes water and the emerging plantlet erupts from the seed shell and the root radicle extends out and downward it will take in P, K, Zn, Fe, Mn a touch of N as ammonium.  Now a portion of this is pulled from the endosperm (starches and proteins) of the seed to send the plant upwards to pierce the soil surface and the seedling root to grow.  When the infantile seedling root does access nutrients right away in the seed trench it will not have to exhaust the supply of food source in the seed.  That being said the first critical period is very early.  The next period is 10-12 days after emergence, mainly uptake is P, Zn, Mn, and Fe.  The amounts are low but critical to starting the developing leaf systems.  Then, at 20-25 days after emergence the corn plant undergoes a change in how it absorbs N.  Nitrogen has been consumed in the ammonium form from root eruption till now.  Now the plant can absorb N as proteins directly, Nitrate, ammonium to a lesser degree.  At 40-45 days after emergence, the corn plant is developing the ear size in circumference, rows of kernels.  P, K, N, Ca, Mg, Zn and small, small amounts of other micro’s are called up.

The Orthman 1tRIPr point and shank system can deliver products in 2 locations – this can be liquid and dry or liquid in 2 spots, very versatile for pre-plant fertilization.

By the time the plant is genetically requiring nutrients as of the critical times, yes we need products to be in the root rhizospere, that immediate area where the roots are growing and active ready and absorbing.  Where can those nutrients come from?  A certain portion comes from the soil complex and the soil organic matter that can be from 20 to 50% of the total needs depending upon the exchange capacity, amount of organic matter and what is in the soluble fraction then the rest usually is what we tend to add via commercial or natural manures.  There are a number of schools of thoughts that offer [from University testing and USDA-Agricultural Research Service] what are the plant nutrient needs.  You have trust or faith in a reliable source, do keep tract of their recommendations.  It is also a wise approach to do your own testing to  have a baseline as to what, how much of N,P,K,S and so on your soils, fields and crop selections require.  Climate has a great deal to dictate how your 2020 crop will respond, what I know and have observed filling up the tank weeks ahead of the crop even being planted will lead to losses of the mobile ions.  Spreading on wet, frozen ground due to the convenience of having the local big fertilizer company apply – not so good folks.  Having a better concept of when a crop requires N for instance is so extremely valuable for the plant, your soils and water resources can lose big time, the environment, down river neighbors in their water quality issues. Do not get me wrong our neighbors in the cities have a responsibility too, maybe even more than we in Agriculture.  I am suggesting let us be wise to feed our crops for the first 45 days, not all 125 days.

In the coming weeks we will go into the days after the first 45 to describe those critical physiological time markers that can drive nutrient application.  I am watching that spring is right around the corner this week and the bit is chafing some and the calendar calls, but folks the crop cannot go into the soil until the soils dry enough and the temperatures warm.  The days will come, I know. 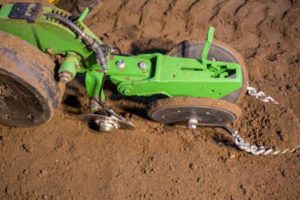 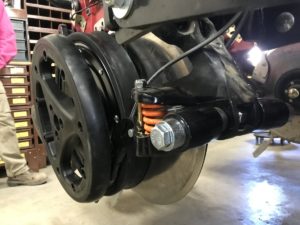 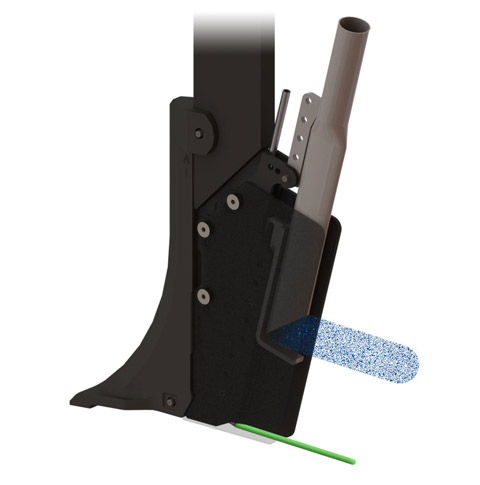 PrevPreviousWhat’s all the Hubbaloo with Cover Crops as a Magic Elixer?
NextMore Nitrogen News – Can We Feed Our Crops Better?Next
WordPress Appliance - Powered by TurnKey Linux